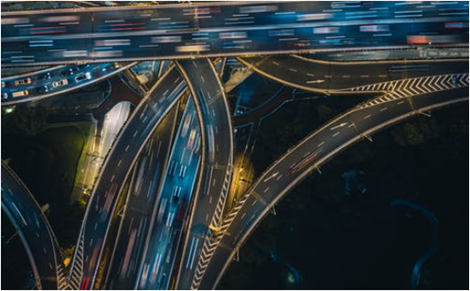 Autonomous vehicles (AVs) are promoted as a technology that will create a future with effortless driving and virtually no traffic accidents. AV companies claim that, when fully developed, the technology will eliminate 94% of all accidents caused by human error [4]. Controlled by computers, the AVs will likely avoid the large number of crashes caused by impaired, distracted or reckless drivers. But these statistics from the National National Highway Traffic Safety Administration are misleadingly quoted.  Indeed, data from California Department of Motor Vehicles indicate that AV crash rate in 2017 was 13 times worse than that of human drivers.

Furthermore, there remains a significant proportion of crashes for which no driver is directly responsible. In particular, the absence of connectivity of an AV with its neighboring vehicles (V2V) and the infrastructure (I2V) leads to a lack of information that can induce such crashes. Since AV designs today do not require such connectivity, these crashes would persist in the future.

Using prototypical examples motivated by the NHTSA pre-crash scenario typology [3], we show that fully autonomous vehicles cannot guarantee safety in the absence of connectivity. Combining theoretical models and empirical data, we also argue that such hazardous scenarios will occur with a significantly high probability. This suggests that incorporating connectivity is an essential step on the path towards safe AV technology [2]. This research was supported by the FRONTIER project.